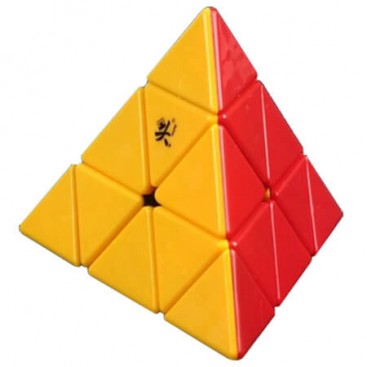 DaYan Pyraminx Magic Minx with Stickerless base is DaYan's first WCA puzzle release in several years and it has become in one of the most expected cubes throughout 2015.

With super-rotation and anti-pop system mechanism is probably one of the best pyramids for Speedcubing that has been made so far.