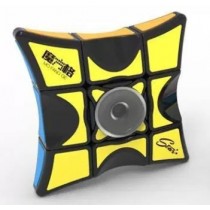 What is a Fidget Spinner?

Fidget spinner is a flat toy that is made of either plastic, alloy, aluminum or metal with a ball bearing at the center. The fidget spinner can be made as a two, three or multi-looped spinning device that is used for easy and faster spinning along the axle. The multi-loops enables the spinner to spin faster and maintain a more balanced position. The bearing at the center of the spinner can most times be adjusted in order to adjust the spinning time, vibration, noise, and sensory feedback. The player can develop customized tricks that enable him to play the spinning toy in a way that is peculiar to him. 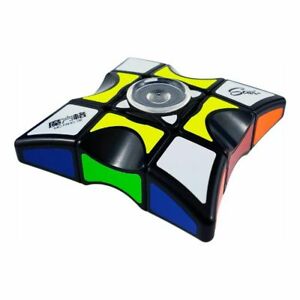 History of the Fidget Spinner

The fidget spinner was invented in the early 1990s but it became popular and commonly used by many in 2017. It became a popular toy that is being used among children and even adults because it induces the feelings of excitement and fun when in use. The spinner was believed to be invented by Catherine Hettinger a chemical engineer in the early 1990s. Her main objective is to train children to manage their emotion and increase intellectual focus while playing with the toy. In 1993, Catherine was able to patent the toy which was first made in her home and then displayed and sold at the Art Fair, Florida.

Fidget spinners are also popularly known as stress- relieving toys. Though the toy’s ability to relieve stress has not been scientifically proven. However, it has earned this title because of its psychological effects on its player. Basically, the fidget spinner is termed a ‘stress-relieving toy’ because it requires much mental concentration and eye focuses to play. Playing the spinner will help anyone with emotional distress, anxiety, psychological disorder or those who fidget to get their mind focused on achieving a trick at a time. It removes all stress from the mind, increases mental activeness and ability to think for problem-solving tricks.

The models of Fidget Spinner

There are several models of the fidget spinner in the market each of which works perfectly in managing your kid’s emotions.

Each model of the fidget spinner is designed with varying sophistication level to produce excellent performance and a high-quality sensory feedbacks.

How to choose the best fidget spinner

Since there are several types and models of fidget spinners in the market, you must be very careful in making your choice before you add to cart when buying online or in store.

Fidget spinners made from ABS plastic are good especially when you are buying it for your kid.  The plastic material makes the toy strong, durable and with high resilience. Fidget spinners with metal, steel, etc. can be used by adults because they are more sophisticated.

Check the number of bearings in the fidget spinner. The more the bearings the faster the spinner moves. An ABEC 11-type bearing is considered the best for a good fidget spinner.

SPINNER  There are 5 products.