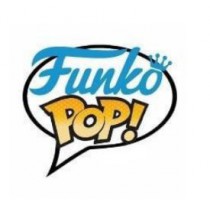 Funko Pop Figures and their history

The Funko company was born in 1998, when Mike Becker founded the company with a line of nostalgic subject matter dolls called Wacky Wobblers. The first item the company developed was the Big Boy doll. Gradually the company's products became a huge obsession for collectors and pop civilisation enthusiasts around the globe. The company's most successful product line was the vinyl POP figures. The POP figures officially debuted in 2010 (originally this product line was called Funko Force 2.0) and started an exclusive fan addiction all over the world.

Funko manufactured pop culture toys with a multitude of licenses since its inception; although it is also true that it had some serious ups and downs in its history. Funko began with a line of toys in the form of figures called "bobble heads", whose head is integrated into the body by a spring that makes it easier to move the head (more realistic and very authentic figures at that time). But surprisingly in 2005, Mike Becker decided to sell his brand to Brian Marotti. This change of ownership caused that since 2010 these bobble head figures definitely took off, creating the definitive brand and line; Funko Pop that we know today and that sells hundreds of millions of figures every year around the world.

What are FUNKO Pop figures?

FUNKO Pop figures are made of vinyl. Their style is very similar to the Japanese chibi style drawings, whose body is reduced, bigheaded and childlike, possibly this is the origin of the FUNKO Pop figures.

How big are FUNKO Pop figures?

FUNKO Pop figures are well known all over the world. There are numerous sizes and formats, but the best known and the first to be manufactured were the 9 cm size. Although it is true that over the years the FUNKO Pop brand began to make figures in other sizes, such as 15 cm, 25 cm and even larger sizes. In addition, in recent years, they have also included movie moments where you have the possibility to see trains, dragons or dioramas accompanying the Pop figures or formats in packs of two or more figures.

What are Funko's most successful licences?

FUNKO Pop's biggest success has been to be able to distribute a large number of licenses. The first Funko license was DC Comics, and the figures were distributed at the 2010 San Diego Comic-Con. But if there is one licence that stands out above all others nowadays, it is Disney, through the traditional Mickey Mouse or characters such as The Lion King or Frozen, but also the entire Marvel line. Successful series also have their place, Stranger Things or Game of Thrones, as well as blockbuster films such as Harry Potter, Star Wars or The Lord of the Rings. Then there are a multitude of very different licences, such as comics, celebrities, sportsmen or manga characters like Dragon Ball. In addition to the incorporation of video game licenses, such as Sega's historical ones, or the latest ones like Fortnite's characters.

At MasKeCubos we will try to bring you FUNKO Pop Exclusives and Chase Edition figures above all. Expand your collection with us and enjoy your passion. As a last tip we recommend you to watch the documentary "Make Fun - The Story of Funko", currently on Netflix, you will understand even better the history of Funko and how some fans managed to bring this company to what it is today.

FUNKO POP There are 118 products.