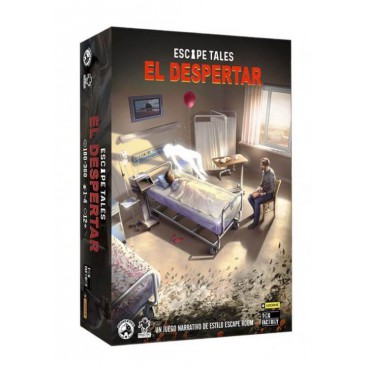 ESCAPE SUCH AN AWAKENING - BOARD GAME - SPANISH

is a narrative Escape Room style board game.

It is designed for 1 to 4 players and offers an immersive story with multiple endings.

Escape Tales El Despertar comes with the Seal of Excellence from the famous Youtube channel The Dice Tower.